We set out to create the most simplified guide to New Jersey hunting seasons for 2023. 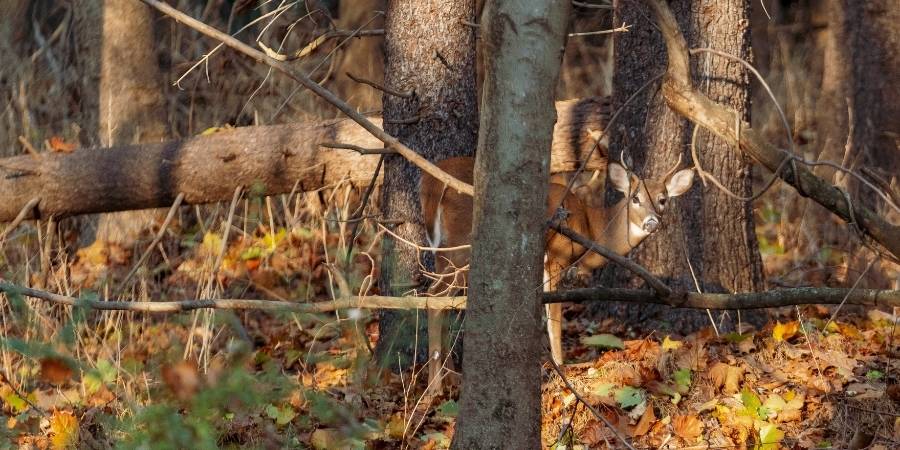 New Jersey is a densely populated state but it still has some great outdoor offerings. And don't let it's size fool you - NJ has more than 750,000 acres of public hunting land available.

The Appalachian mountains run through the northern eastern part of the state and the southern part of the state has lots of farmland both of which offer good deer hunting due to the high deer population. There are some nice size lakes like Lake Hopatcong and Greenwood lake that offer good fishing. NJ also has miles of coastline on the Atlantic Ocean with great access to deep sea fishing.

See the map below for a breakdown of NJ's hunting zones:

NJ hunting is incredibly complicated. Please refer to the official site for your zone.

You can also buy the 'All around sportsmen' license for $72.50, which includes Resident Firearm Hunting, Bow and Arrow Hunting and Fishing Licenses.

The black bear season is closed. On June 21, 2021, New Jersey's Comprehensive Black Bear Management Policy (CBBMP) expired, and as such, there is no black bear hunt in 2021. In accordance with the Supreme Court ruling on September 27, 2007, no black bear hunt may occur without a properly-promulgated CBBMP proposed by the New Jersey Fish and Game Council and approved by the Commissioner of the New Jersey Department of Environmental Protection.

No hunting on Sunday (mostly)

You can hunt with a crossbow during Archery season

You have to harvest a doe before you get a buck

FAQs
How much is a New Jersey hunting license?

Can you hunt on Sundays in New Jersey?

Fuggedaboutit! Actually there are a few scenarios you can but mostly hunting on Sundays in not allowed in Jersey.

How to get a New Jersey hunting license?

First you have to pass the hunter safety course. You can then purchase a hunting license online at https://nj.aspirafocus.com/internetsales